TYPES OF BITUMEN REGARDING THEIR APPLICATION

1. NATURAL BITUMEN
NATURAL BITUMEN or NATIVE ASPHALTS are a class of BITUMENs which have been naturally produced due to climate conditions in the course of time, and are used without the need to be processed in distillation ways; they are very varied regarding their composition and properties.

3. COAL TAR PITCHES
Coal tar Pitches are hard black substances which are formed as the result of coal tar distillation. Their new broken surface is shiny and when they are heated they, along with fast decrease in viscosity, melt and their melting point depends on the production process.

TYPES OF BITUMEN REGARDING THEIR APPLICATION

KINDS OF BITUMEN FROM VIEW POINT OF ITS STRUCTURE

Bitumen is usually acquired from petroleum distillation. Such kind of Bitumen is called petroleum asphalt or distillery Bitumen. Petroleum Bitumen is the product of two stages of petroleum distillation in distillation tower. In the first stage of distillation, light materials such as gasoline and propane are separated from raw oil. This process is done in the pressure close to atmosphere pressure. In second stage heavy compounds such as diesel oil and kerosene are extracted. This process is done in a pressure close to vacuum pressure. Finally a mixture of solid bits called Asphaltine is remained which is floated in a grease-like fluid, called malton.
Some kinds of Bitumen is acquired from nature by gradual changing of petroleum and the evaporation of its evaporating materials by passing a many years, such kind of Bitumen is called natural Bitumen, and it is more lasting than petroleum asphalts. Such Bitumen may be found in nature in pure form (lake Bitumen) or extracted from mines (Mineral Bitumen).

1) BLOWN BITUMEN
Blown Bitumen comes from hot air blown to pure Bitumen in the last stage of refining. In this process, hot air having 200-300 degree centigrade temperature is blown to Bitumen container with porous tubes. In this process, hydrogen atoms in Bitumen hydrocarbon are combines with oxygen in the air and by forming water, polymerization happens. Compared with pure Bitumen, BLOWN BITUMEN or OXIDIZED BITUMEN has a low penetration rate and a high softness point. This kind of Bitumen is used in making roof sheets, automobile battery and coating.

2) MIXED OR SOLUTION BITUMEN
Mixed Bitumen is a term used to refer to a mixture of Bitumen and a suitable liquid (for example kerosene or gasoline). This Bitumen in normal environment temperature is liquid, or is changed to liquid with a little heat. Mixed Bitumen is used in different kinds of macadam and COATING ASPHALTS. The speed of its clotting or hardening depends on the kind of liquid. For example because of high speed of gasoline evaporation, Bitumen solved in gasoline hardens faster. This Bitumen is called rapid clotting (RC) Bitumen. The Bitumen solved in kerosene is called mild clotting (MC) Bitumen and those solved in gas oil or fuel oil is called slow clotting (SC). Liquid Bitumen is classified according to their viscosity rate.

3) EMULSION BITUMEN
Emulsion Bitumen is produced by mixing Bitumen, water, and an emulsion making material. The emulsion making material is usually alkali salt of an organic acid or ammonium salt which charges Bitumen particles. So the Bitumen particles expel each other because of their induction charges and float in the form of balls having one hundredth to one thousandth millimeter diameter. The use of such kind of Bitumen decreases environment pollution and as oil or flammable solvents aren’t used the danger of flaming during transportation is decreased. 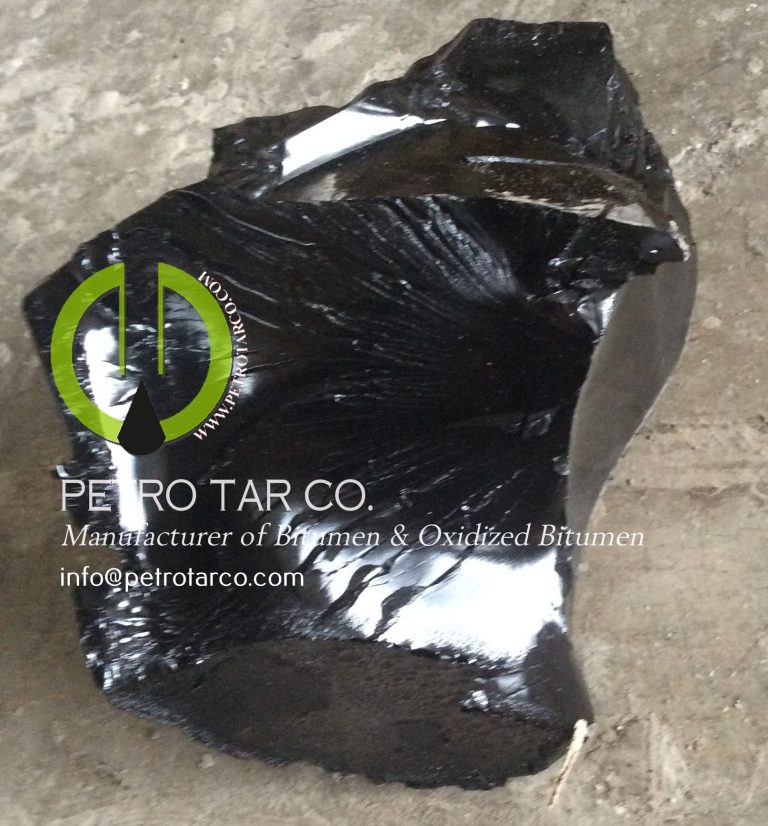